The VPNRouter iR series are advanced industrial VPN router designed for security sensitive network applications. The product's main feature includes the easy setup of secure VPN connections (SSL/TLS and AES-256 based) to other remote VPNRouters. The VPNRouter can act as the central firewall/router to the Internet or as a VPN gateway within an existing local network. In both roles, the VPNRouter can be a server or a client for the VPN. With the VPNRouter, one can significantly reduce costs as remote management and monitoring of critical assets is made possible. Examples of such assets include power and water treatment stations, production lines, ATMs, CCTVs and many other M2M applications.
These products use open source software, see opensource

Sort by:
Best sellers Relevance Name, A to Z Name, Z to A Price, low to high Price, high to low
Showing 1-3 of 3 item(s) 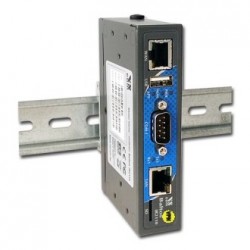 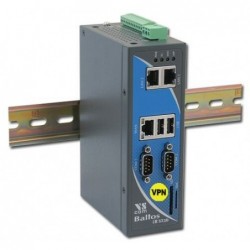 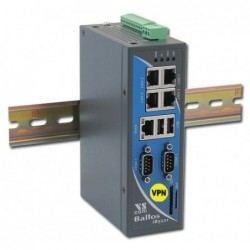